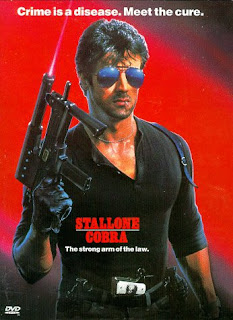 Crime is a disease. Meet the cure.


When Los Angeles finds itself terrorized by the brutal Night Slasher and his New World cult, Marion 'Cobra' Cobretti of the Zombie Squad is called in to hunt them down. An unconventional cop, he represents the police department's last resort. But when a witness to a Night Slasher murder escapes with her life, Cobra must go on the run to protect her, even if means taking on the killer and his entire army.

Read more »
Posted by Box Office Voodoo at 12:04 No comments: